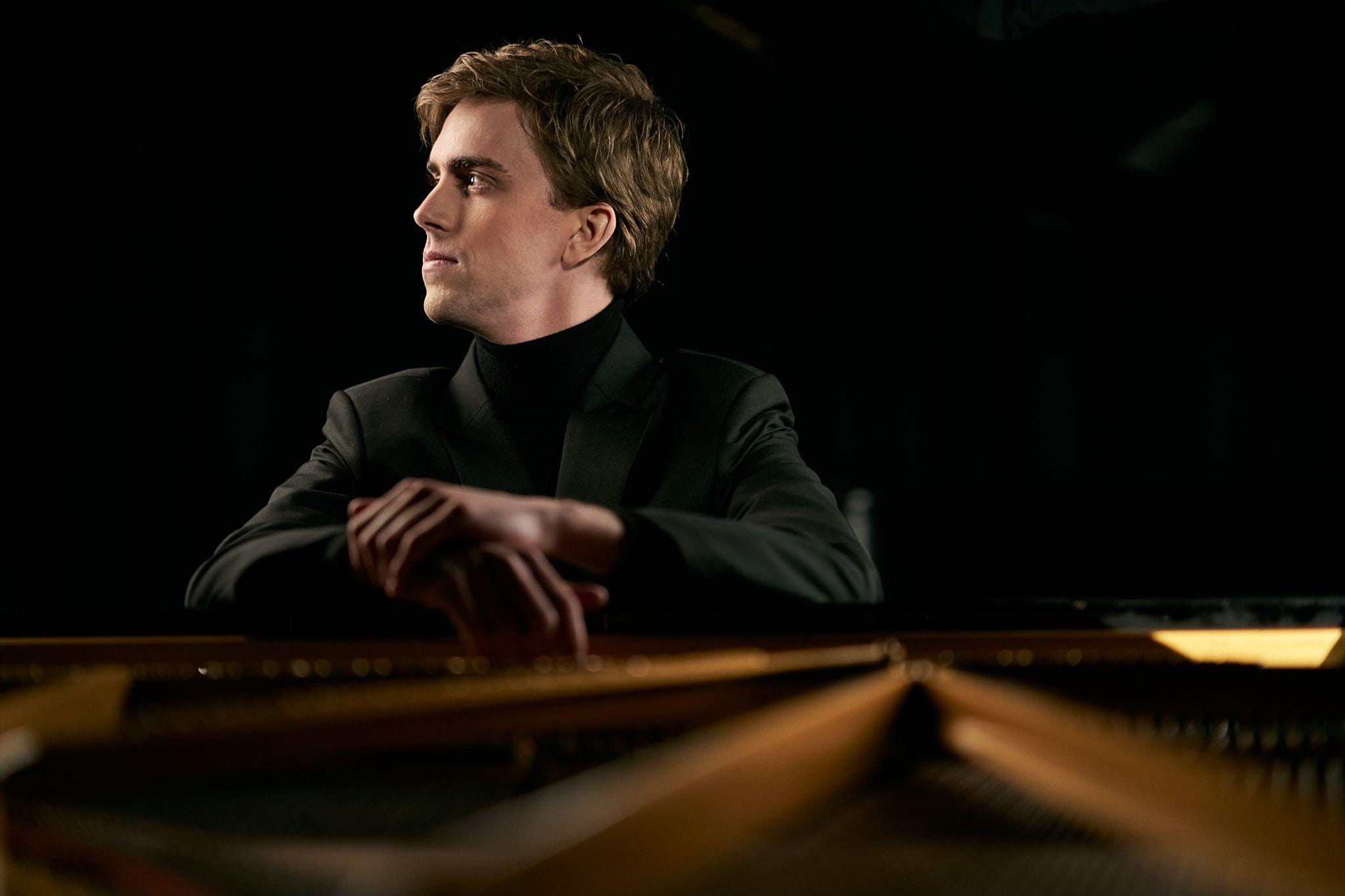 Pianist Reed Tetzloff, “an artist of broad musical tastes and individuality,” (South Florida Classical Review) has been praised for his “richly communicative” performances (The Cincinnati Enquirer). He came to international attention at the XV Tchaikovsky Competition, where he was dubbed “the lyric hero of the competition.” (Сноб Magazine). He has excited audiences in tours of China, Europe, and the United States, in recitals met with universal critical acclaim.

He has performed concerti with the Cincinnati Symphony Orchestra, the Minnesota Orchestra, the Moscow Virtuosi Chamber Orchestra, the Rochester Philharmonic Orchestra, and the Tbilisi Symphony Orchestra, among others. In several multi-city recital tours in Belgium, he played to critical acclaim at major venues including De Singel (Antwerp), Flagey (Brussels), the Miry Concertzaal (Ghent), and the Chapelle Musicale Reine Elisabeth (Waterloo). In the summer of 2022, he debuted at the Puplinge Festival in Switzerland and the Wissembourg Festival in France. His 2022-2023 season features a multi-city tour of Germany.

Tetzloff has received career grants from Charlotte White’s Salon de Virtuosi and from the Center for Musical Excellence, which sponsored his debut album, Sounds of Transcendence, on the Romeo Records label. Reviewing the album, Patrick Rucker of Gramophone Magazine praised his version of Charles Griffes’ Piano Sonata as “ranking easily with the recordings of Garrick Ohlsson and Stephen Beus as the finest available,” in addition to extolling his “kaleidoscopic colors” and “fervent rapture” in music of Franck and Scriabin. During the COVID-19 pandemic, Reed Tetzloff recorded two albums for the Master Performers label; the first, featuring piano works of Robert Schumann, was released in 2021 and hailed for its “originality and uncommon perceptiveness.” (Voix des Arts). Tetzloff’s new release on Master Performers, CONCORD––sonatas by Beethoven and Ives and produced by the Grammy-award-winning Steven Epstein––was launched on September 20, 2022 in a film at New York’s Cinema123. It was presented along with a filmed Tetzloff recital of Berg, Brahms, and Beethoven in Mechanics Hall of Worcester, Massachusetts; the March 2022 film was directed by Ben Dorrough and produced by Master Performers.

Born in Minneapolis, Minnesota, Tetzloff began his studies with Dr. Paul Wirth. He went on to earn his Bachelor’s and Master’s degrees at Mannes College in New York, studying with Piano Department Chair Pavlina Dokovska. Within his first year and a half of undergraduate study, he had won the school’s two largest awards: the Concerto Competition and the Nadia Reisenberg Competition.

Reed Tetzloff is also an accomplished writer. Huntley Dent in Fanfare Magazine praised Tetzloff’s essay on Robert Schumann for how it “explores (the music’s) intricacies deeper than any other pianist I’ve heard commenting on the (music), rising almost to Charles Rosen’s exalted intellectual level.” Tetzloff is currently at work on a collection of essays on music and musical performance. He is based in Paris and New York.