In 1999 we presented three concerts; by 2020 it had grown to twenty-six. For twenty-three years, in winters and in summers, we have offered a live platform to innumerable great pianists and talented students, all of whom find themselves today unable to express, share, or participate in their art due to the pandemic. Teaching and performing has been taken away from them, causing great economic, emotional, and psychological uncertainty.

These three scholarship funds established in memory of Anny Rosendorn and Sonia Belkov, and in honor of Edith Sorin, co-founder of the Miami International Piano Festival, will serve to support partial merit scholarships for pianists based on audition.

Edith Sorin was born in Calgary, Alberta Canada where she received her early training. After receiving an A.T.C.M degree from the University of Toronto and an L.R.S.M. degree from the Royal School of Music in London she became the first Canadian pianist to win a full scholarship to the Julliard Graduate School of Music in New York. There, she met her husband, Samuel Sorin, who was also on scholarship at Julliard.After her marriage, she decided to go to the teaching field, since Mr. Sorin had become a full-fledged concert pianist. She was on the faculty of the pre-College division of Julliard for 10 years and also taught at Manhattanville College and privately before moving to Florida.She has continued her private teaching in Aventura and has been an adjunct Professor at FIU and FAU. Her students are recipients of several awards and have studied in the most important universities in the United States.Mrs. Sorin is the co-founder of Patrons of Exceptional Artists and has served actively on the board since 1997.Her long and illustrious life is a source of inspiration for everyone that crosses her path and her energy, love of music, and love of life will inspire the next generation of pianists that will have the privilege to grace our stage. 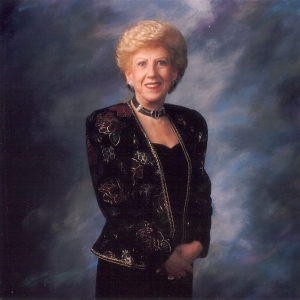 Anny Rosenzweig Rosendorn was a woman of valor.  She was a Holocaust survivor, a wonderful wife and mother, a successful businesswoman, a poet, a supporter of the arts, and an advocate for Jewish causes. Her courage, strength, selflessness, and optimism touched and inspired all those who knew her.Anny was born in Lodz, Poland, on Nov. 28, 1924, where she grew up with four sisters and three brothers in a loving and religious home, exposed to the values of education, curiosity and charity.At the tender age of 16, Anny and her family were forced out of their home and placed in the Lodz Ghetto, established for Polish Jews following the 1939 invasion of Poland.  As the second-largest ghetto in all of German-occupied Europe, the Lodz Ghetto transformed into a major industrial center, manufacturing supplies for the German Army.  There, Anny survived with her exceptional math skills, estimating textile yardage for Nazi uniforms.  It was at the ghetto where she suffered family losses, endured hard work, and experienced extreme hunger.  This sort of unbearable treatment only continued after the Nazis closed the Lodz Ghetto in 1944 and transported her to the concentration camps of Auschwitz and later, Stutthof.  Conditions at these camps were brutal, but Anny kept her spirit alive by reading and writing poetry in English, German and Polish whenever she could. Anny was liberated by the Allies on May 9, 1945. Of her large family, only a sister and a cousin survived.Anny’s life took a turn after liberation, when she met Salek Rosendorn, a handsome and charismatic Holocaust survivor, while working as a secretary at the Jewish Committee of Liberated Jews at the Displaced Persons’ camp in the British zone of Germany. Anny’s language proficiency in English, German and Polish were instrumental in assisting in the relocation of displaced persons.Soon after marrying Salek, the couple moved to La Paz, Bolivia, where she began her life as a wife, young mother, and businesswoman.  She became a partner in every business venture her husband initiated.  She first joined in the successful management of a retail business of custom raincoats, and later became the vice president of one of the largest car dealerships in Bolivia.  Her command of the Spanish language was impeccable, and Spanish soon became the fourth language in which she wrote poetry.Anny retired to the United States in 1987 to be close to her family. She became a major supporter of many charitable organizations. Close to her heart were Patrons of Exceptional Artists and the Miami International Piano Festival, to which she donated most generously.After a courageous battle with cancer, Anny passed on August 20, 2007.  May her resilience and the principles she embraced during her lifetime continue to be a source of inspiration to others.Anny Rosendorn was the mother of Giselle Brodsky, artistic director and co-founder of the Miami International Piano Festival. 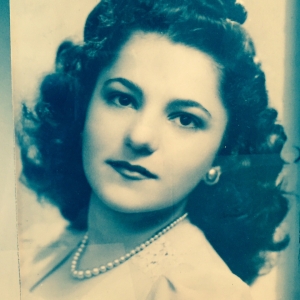 Sonia Belkov was an extraordinary woman. She was beautiful, very talented and devoted to her friends, her children and most of all to her husband, Raphael. Her parents, Sam and Bluma, immigrated to Havana, Cuba from Lithuania and Brestlakopf, Bella Russia, in the 20s, where Sonia was born in 1927. The family immigrated to Miami Beach in 1943. Sara or “Soniale” was 16. At the time she was fluent in Spanish, English, Hebrew and Yiddish. She played the piano well and had a beautiful soprano voice.Sonia met at her husband Raphael at his first cousin’s wedding in 1948. He was a dashing Lieutenant in the Navy, having just attended Harvard’s Business School. She was a shy, demure, bright Cuban beauty. In less than 2 months, they were engaged and married and they began their lives in Norfolk, Virginia, a southern Navy town. Soon after her two children, Jayne and Debbie were born, Sonia went back to the local university in Norfolk, finished her degree, and began teaching Spanish, which she did for 18 years.Sonia was creative. She was always making something, knitting, crocheting and embroidering. Later in life she became a prolific jewelry maker. But her first love was always music. She had considerable musical talent. She performed in several leading operatic roles in the local university’s student opera company. She will long be remembered for her role as Butterfly in Puccini’s ‘Madame Butterfly’. Sonia began teaching her daughter Jayne piano at the age of 4. Years later, she was so proud when her daughters Jayne and Debbie decided to pursue degrees in piano and violin Performance.Sonia Belkov was passionate about music. The Sara Belkov Memorial Scholarship Fund at the Miami International Piano Festival Academy is something she would have been proud of. Mentoring young people as an educator and artist throughout her life was a love and a lifelong commitment. Today it continues through her scholarship fund.Sonia Belkov was the mother of Jayne Kaplan, classical pianist, board member of the Miami International Piano Festival and executive director of American Friends of Bar Ilan University South East Region.

THE MIAMI INTERNATIONAL PIANO FESTIVAL VIRTUAL PLATFORM ISMADE POSSIBLE THANKS TO THE SUPPORT OF:

Miami-Dade County Mayor and Board of County Commissioners

State of Florida, Department of State, Division of Cultural Affairs

Florida Council on Arts and Culture 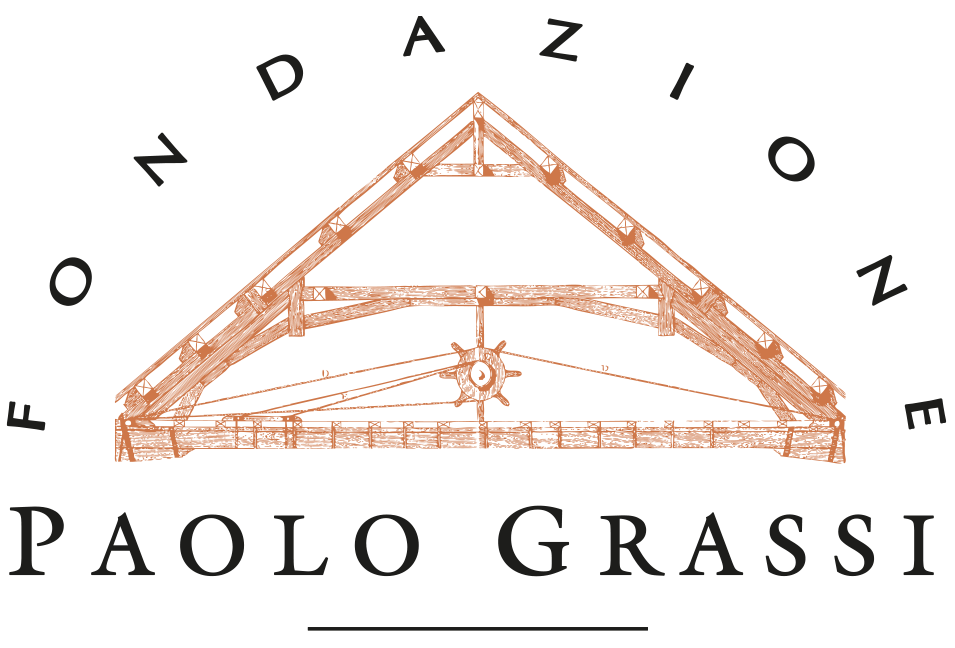 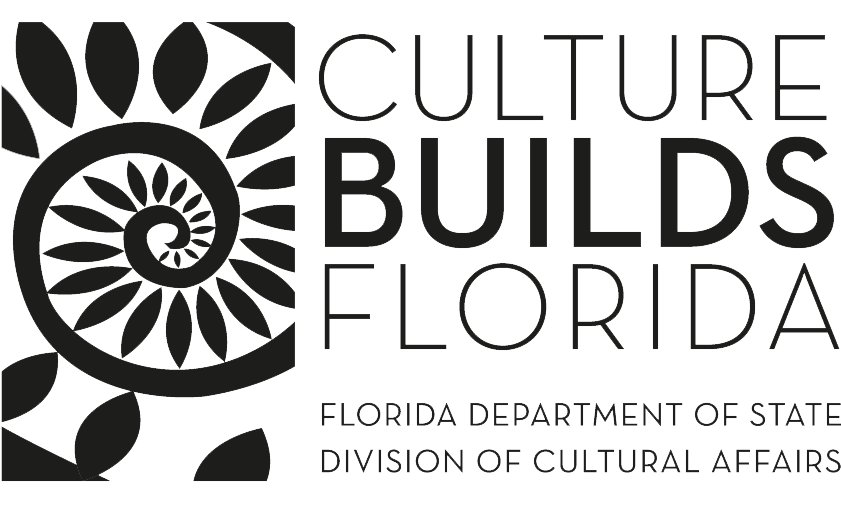 The Miami Piano Festival has profoundly changed my artistic life.

‘“ I believe in angels ever since I met Giselle Brodsky. The Miami Piano Festival created by Giselle has gifted this world countless wonders, moments of inspiration, hope and sincere love of music.”

THE 22/23 SEASON OF THE MIAMI INTERNATIONAL PIANO FESTIVAL

The MIPFA Supporters & Patrons will have access to all the live streaming of the recitals in our next season, with more than 15 concerts during the year

Due to the COVID-19 pandemic, we are unable to offer many of our benefits that are contingent upon performances and large gatherings. We are working hard to bring you new benefits that reflect our temporary shift to the digital realm.

The 2020/2021 Season of the Miami International Piano Festival will be all streamed through our upcoming platform. Stay tuned for exciting new opportunities to connect with MIPF & Academy artists and music enthusiasts.

Login in...
Oops! Something went wrong while submitting the form.